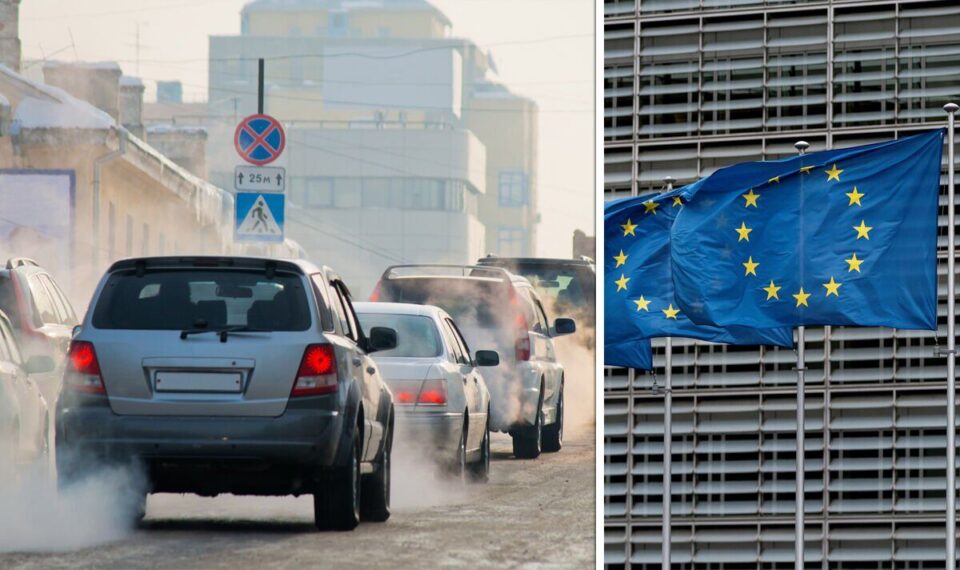 The European Union (EU) has taken a significant step in the plan to stop the sale of new diesel and petrol vehicles. Towards the end of October, the European Parliament and European Council finally decided on when to begin the ban.

According to an October 27 European Parliament statement, European Union negotiators have said yes to the proposal to ban petrol and diesel vehicles starting 2035 on the way to achieving Europe’s zero-emissions goal. As such, carmakers will no longer be allowed to manufacture and sell any vehicle that releases CO2 or carbon dioxide. This new rule applies to all of the 27 countries under the European Union.

Those who drive plug-in hybrid and hybrid vehicles are not exempted from this rule as most of them release some amount of CO2. Only battery-powered EVs or electric vehicles and cars that use a hydrogen fuel cell to produce their electricity are safe from this new regulation.

For manufacturers of commercial vehicles such as vans, there’s a small difference in the rules. The said vehicle makers have until 2030 to cut down emissions by 50% and until 2035 to a complete 100% (compared to 2021 levels).

Before the EU decided to adopt the 2035 deadline, there have been several earlier proposals. One of these suggested a 2030 cutoff date that would have lowered CO2 limits to at least 37.5% of the 2021 numbers. Another suggestion was to boost the reduction to 55% of the 2021 levels by the year 2030.

Carmakers that come out with less than 10,000 vehicles a year will be given an extension of 12 months, which means their cutoff date is 2036. They can also negotiate their intermediate target.

Adjustments and additional rules are expected before the 2035 deadline. Additionally, beginning in 2024, a bi-annual report to be published regularly by the EU shall serve as a progress guide and evaluation tool. As such, there is a possibility for the current targets to be further improved before the cutoff.

Representing European vehicle manufacturers, BMW CEO Oliver Zipse confirmed their cooperation by saying that they accept the challenge to produce zero-emission vehicles. He also suggested additional action that can help achieve the target on time, such as increased raw materials access, more focus on renewable energy development, as well a better and more efficient public and private charging infrastructure network.

The Czech Republic’s Minister of Industry and Trade Josef Síkela is positive that the EU’s decision will open more opportunities for the automotive industry to improve and become more competitive.

This latest development hardly affects the UK government and drivers as their target cutoff for the ban on petrol and diesel sales is earlier by five years – 2030.

Although the new rule does not directly affect owners of older vehicles, they may have to pay additional charges if the ULEZ areas are expanded before 2030 and 2035.

Why should diesel be banned?

Diesel-powered used to be the ideal (and safe) option for many car owners, but this was before the Dieselgate diesel emissions scandal broke in 2015. In September of that year, US authorities caught the Volkswagen Group violating emissions regulations.

According to the Environmental Protection Agency (EPA) and the California Air Resources Board, Volkswagen and Audi diesel vehicles sold to US customers were allegedly installed with defeat devices, which are used to manipulate emissions testing. The devices artificially reduced emissions to within the World Health Organization-mandated levels so the vehicles would appear clean, power-efficient, and environmentally safe.

What regulators did not know, though, is that when the vehicles are driven on real roads, they switch back to their default settings. This makes them release extremely high levels of nitrogen oxide (NOx) emissions – at levels that often go over the WHO and EU limits. Thus, the vehicles are heavy pollutants and endanger the environment and anyone exposed to their emissions.

NOx is a group of gases that’s responsible for forming acid rain, ground-level ozone, and smog – all toxic air contributors. Nitrogen oxide emissions also contain nitric oxide (NO) and nitrogen dioxide (NO2), which can cause health effects such as asthma, emphysema, and bronchitis. Other health impacts include cardiovascular diseases, lung problems, and premature death.

The Dieselgate scandal did not stop with VW and Audi as other vehicle manufacturers were eventually implicated in the scam. Some of these carmakers are Mercedes-Benz, Porsche, Renault, and BMW. Every year, one or two (or more) manufacturers are thrust into the spotlight for their involvement in the diesel emissions scandal.

Aside from using defeat devices, BMW, Mercedes’s parent company Daimler, and VW also colluded to limit and delay clean emissions technology. BMW and VW had to pay fines while Daimler was not fined in exchange for reporting the existence of the cartel.

By banning the sale of petrol- and diesel-powered vehicles, Europe and the UK will have an easier time achieving their goal of eventually eliminating toxic emissions.

What you can contribute

If you think your vehicle is equipped with a defeat device, you should bring an emissions claim against your carmaker. They should be held responsible for their deceitful actions and for putting people’s lives in danger because of toxic emissions.

To start your diesel claim process, you’ll have to verify first if you are qualified to make a claim. Visit the ClaimExperts.co.uk website to learn more about this.

Your Ultimate Buying Guide for Second-Hand Vans: Tips and Tricks to Master the Process

5 Driving Experiences That Will Get Your Heart Racing!

Hit The Dirt With Off-Road Caravans

5 Driving Experiences That Will Get Your Heart Racing!

What you need to know about road freight for your business

Your Ultimate Buying Guide for Second-Hand Vans: Tips and Tricks to Master the Process